One thing to be included in your Gibraltar holidays is the rock. The rock is the main attraction in Gibraltar and was so enjoyable we went up twice.

We were lucky to get such a nice day when we visited the rock. We went to Gibraltar in March and for the last two days it was like hurricane season!

The first time we went up to the rock, was on the taxi tour they had advertised in the town center. It was a nice scenic drive up to the rock, and he gave us a talk on the history and interesting facts about Gibraltar. He stopped off at different locations on the rock and we had 20 minutes to explore each place.

The first stop was St Michael’s cave which is used as a theater, with multiple rows of seating areas. What made it beautiful was the different colored lights all around the cave, it was stunning to look at 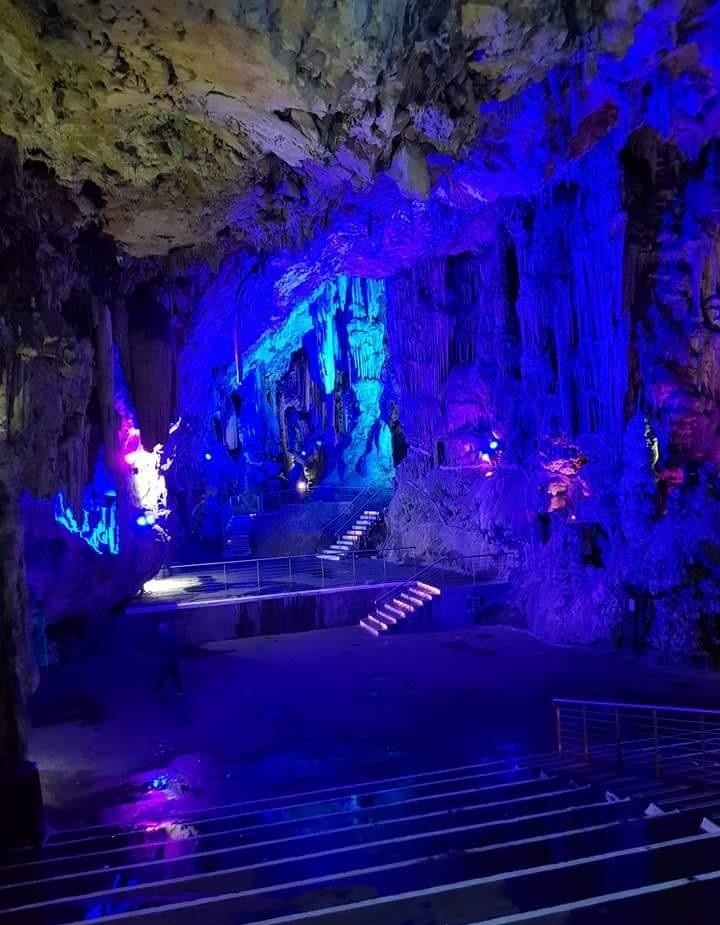 Next he took us to the Great Siege tunnels. Carved out by hand to defend Gibraltar from the French and Spanish. We got to see the small windows with the cannons pointing out. And a small locked areas where the prisoners were kept. It was quite a long tunnel and we walked down for about 5 minutes but headed back to where the taxi was waiting for us. 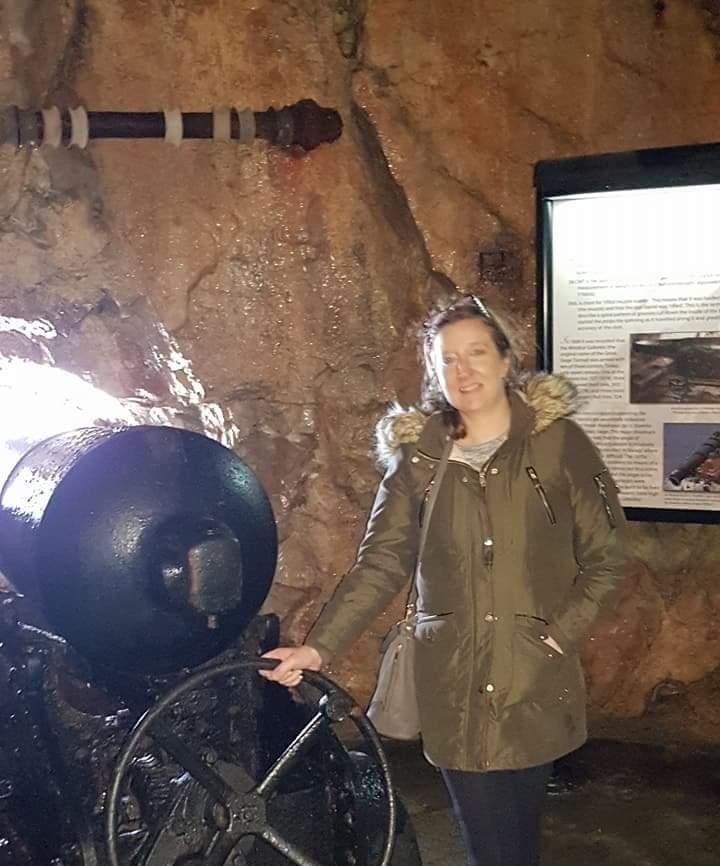 The last stop was to see the famous apes! Actually called Barbary macaques. The taxi driver – before we left, tied a snake to the front of his car ( a fake snake of course!) To stop the apes from jumping on his car.

The apes are comical to watch. I could have watched them for hours. Some cuddling their babies, fighting over bananas. And I think one of the apes took a disliking to one women, for some reason, and every time the ape looked at her it would be pursing it’s lips and was clearly not happy with her being there!

But it was beautiful how picturesque they were. Sat there on a rock with the blue backdrop of the sea and sky in the background. Great photo shots… 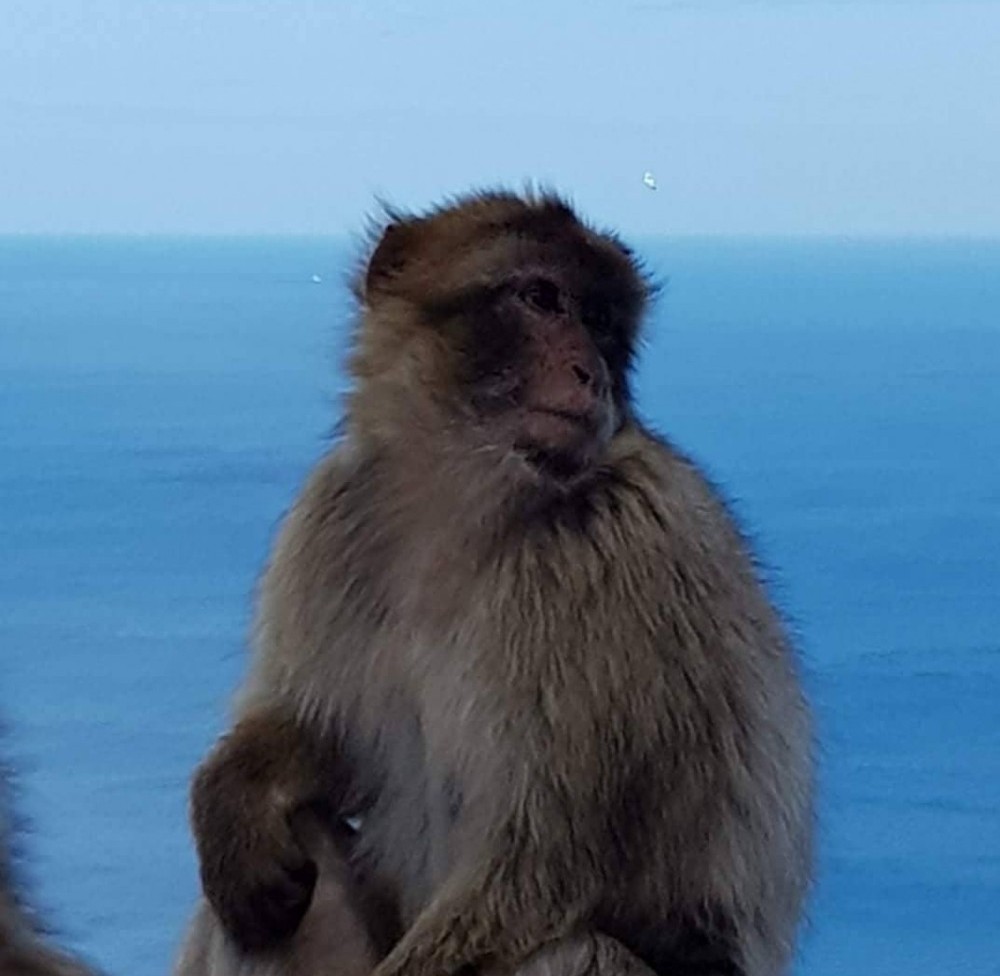 We didn’t get to see anything else on the taxi tour and wished they would have taken us to other places on the rock. But that was all it included.

We could actually walk the whole of the rock ourselves. It was a three hour hike. But for some strange reason my feet were hurting. (My DAMN feet!! Sketches from now on.) Would have loved to do this though. As from way up above, on the other side of the rock we saw a bridge, that you could walk across with a huge drop from below. Looked scary! But would have been good if we could have walked across that. And seen more of the other rock attractions.

We took another option though, where we could take a cable car up. So we did that. Just to see more of the apes! There were also a few cafes there and a gift shop. We stopped off for a bite to eat, at one of the restaurants overlooking a nice view of the sea, and watching the apes trying to get into the cafe for the food!

Mugged By An Ape…

And then I bought a gift to take back for my kids. And this is relevant because this is how I nearly got mugged by an ape!. I bought some nice straws and the shop assistant put them in a brown paper bag. This wouldn’t fit in my normal bag. So I had to carry it around with me.

Just as we turned a corner to take the cable car back down to ground. One of the apes tried to grab the bag from me. Course he ripped the bag, but managed not to take off with the straws. He was so funny! And as we stepped into the cable car waiting for it to start moving. He got on top of the car and stuck his head through the open window looking for the bag! They are just too cute for words! haha!

So, tip if you are planning to go to Gibraltar, and buying any souvenirs on the rock. Make sure you take a big enough handbag to fit the brown, paper bag the shop assistants gives you!

Tips for Visiting Florence: How to Avoid Travel Mistakes